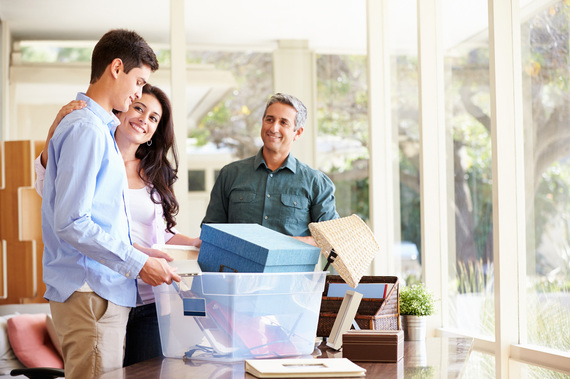 How do you parent when your child leaves home for college? Distance "Tiger Mom-ing" and "Helicopter Parenting" become more difficult. You can rely on check-ins, daily calls, Skype, Facebook -- but those are no substitute for the ease of communication and observation when your child lives with you. When you enroll your child in college it is the school that assumes the role of parent. (The legal doctrine is in loco parentis - Latin: in place of the parent). The school disciplines your child for misconduct whether it be academic (think plagiarism) or physical (drinking alcohol, using drugs and even sexual assault), provides shelter and the menu of food choices. No longer can you rely upon proximity.

If you can't rely on proximity, what or who can you rely on? The tried and true works best and a mother from 372 B.C. offers a valuable lesson for today's parents. In 372 B.C., Mencius - the best known student of the Chinese philosopher Confucius - was born. Mencius was raised by a single mom who moved three times just to make sure he found the right friends. The first neighborhood that they lived in was near a cemetery and Mencius' Mom did not like him imitating the daily funeral rites he saw as a boy. The second neighborhood was near a market and Mencius began to imitate the merchants he saw every day. The third neighborhood was near a school and Mencius began to imitate the habits of students he saw. Delighted by the influence that the school students had on her son, Mencius' mom settled down for the remainder of his boyhood near the school. The power of her parenting is still felt today in Mencius' fame as a Confucian scholar second only to Confucius.

If you're thinking that Mencius' Mom has nothing to teach you because your kid's college is not by a cemetery; you would like them to major in business; they already are in a school environment - then you are missing the lesson.

Mencius' Mom's unwillingness to settle in any neighborhood and risk her child being surrounded by just any old neighbor teaches a very important modern lesson--students must choose their neighborhoods carefully. Neighborhoods are made up of neighbors. Neighbors are people. So choose the people around you wisely. Campus tours will not help with these choices. Dormitory Resident Advisors will not offer much aid. Rather, these are life lessons that parents can not only imbue early but can continue to teach throughout their child's life. They are lessons about inferring the deep from the shallow. You want your children to seek the rock that caused the ripples and not focus on the ripples. 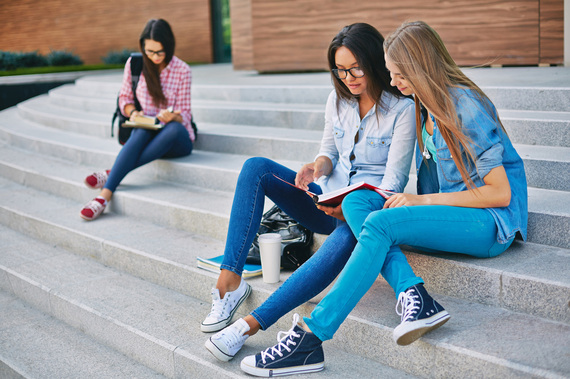 Have your college students ask themselves, "What are the people around me talking about? Do they ever talk about classes, studying their ambitions and dreams?" That kind of talk is to be valued in companions. "Do they only talk about drinking, drugging, and inter-personal dramas?" That kind of talk is to be devalued in companions. Make sure they understand the Jim Rohn quote, "You are the average of the five people that you spend the most time with." Tell them they can change the people they spend time with. If necessary, they can change roommates and even dormitories.

The point is the people they spend time with are their neighborhoods. If the neighborhoods are not valuable influences, then move like Mencius and his mom did.

When I speak with college students, I often give them my advice about the legal principle of "constructive possession." I tell them the real-life illustration of constructive possession is that when you get in a car you are legally responsible for all the drugs anybody in the car might possess. That's why they call it "constructive." So choose carefully with who you get in the car. Make sure you know what they possess before you get in with them because the law treats you as though you are responsible for what's around you.