Why Title IX Compliance Isn’t Enough: “Those Who Can’t Do … Consult?”

George Bernard Shaw’s play “Man and Superman” contains the famous line: “Remember: those who can, do; those who can’t teach.”  The same may be said for Title IX consultants who offer training for colleges and universities in how to conduct Title IX campus sexual assault investigations.

But the overlap works this way: 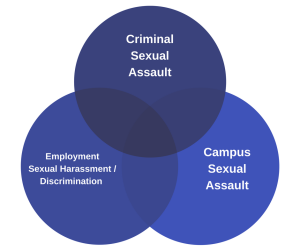 Colleges and universities today find themselves caught in a crossfire from survivor lawsuits, Department of Education investigations (over 200) and a growing number of lawsuits (150 at last count) brought by students accused of Title IX violations.  As the number of law suits brought by students accused of Title IX campus sexual assault violations grows to rival the number of DOE investigation, college and university administrators may understandably ask themselves what is going wrong.  They may ask themselves why the money they spend on having consultants help design their Title IX sexual misconduct procedures fails to produce satisfactory results.

Nothing New Under the Sun: Melania Trump & the Art of the Plagiarist